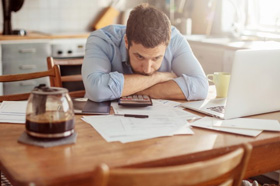 No Credit Scores- America is a country made up of about 319 million people. However, according to a new report recently released by the Consumer Financial Protection Bureau (CFPB), up to 45 million Americans either have no history with the major credit reporting bureaus or No Credit Scores that’s so outdated or limited that they’re classified as unable to be scored.

Think about that: that’s 45 million Americans, or roughly one out of every 10 individuals in the country.

Report Details of No Credit Scores

According to the report, 26 million Americans don’t have history with the major credit reporting bureaus and another 19 million have outdated or limited credit history. The African American and Hispanic demographics were found most likely to be classified in one of the two aforementioned groups, with a 15 percent rate of credit invisibility compared to 9 percent for Caucasians. Furthermore, low income consumers are 30 percent more likely to have credit invisibility, compared to just low single digit percentages in upper income areas. No Credit Scores for 45 Million Americans.

Young adults ages 18-19 make up the majority of this “no credit score” stat at about 80 percent, as the study indicated that many had little time to build credit history or use debit cards instead of credit cards, among other reasons. Credit invisibility or lack of adequate history is also high among those 60 years old and greater.

Importance of a Credit Score

Those 45 million who don’t have an adequate credit score are obviously at a major disadvantage when it comes to getting a loan – whether it be a home, auto or student loan. But thankfully, there are a number of ways one can either build – or rebuild – credit history:

So if you’re among the 45 million Americans with No Credit Scores, now is the time to do something about it. And once you do, don’t forget that in order to attain the low interest loan – and loan approval altogether – benefits that a good credit score permits, it’s essential to keep it in tip top shape so that a lengthy credit repair process isn’t necessary.