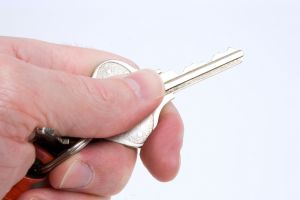 Relaxed Mortgage Standards – What they mean for you.

After the mortgage crisis, lenders have gotten increasingly strict, making it hard for many people to qualify for home loans. However, new, less stringent requirements could mean that many buyers who were formerly shut out could now get the loans that will allow them to buy homes of their own.

Loans Not Available to Most Buyers

Recent figures show that almost one-third of loans went to borrowers with credit scores of 780 and above. People with scores between 700 and 790 claimed 44%. Only 23 percent of loans went to people who had scores between 640 and 699. Those with credit scores of 619 and below were completely in the cold; only 0.3% of all mortgages were granted to people in that bracket. With average FICO scores at 646 nationwide, this means that a large swath of consumers have been closed out of the housing market. This has not just been a hurdle for individuals; economists say that the tight lending market has held back a recovery in the housing market, generally dampening economic growth.

Lenders say that the tight borrowing environment is the result of deals with Freddie Mac and Fannie Mae. The organizations currently back over half of all mortgages. Lenders say that the guarantors’ policies were unclear, leading lenders to err on the side of caution. However, new standards are being released that should clarify borrowers’ circumstances and make it possible for many of those who could not borrow before to get a loan.

The new regulations took effect on Dec. 1, so results of the new rules should be apparent soon. However, Laurie Goodman, director of the Housing Finance Policy Center at the Urban Institute, says that because the changes are big, it can take some time to see their full impact. Among the changes coming to home loans:

Amid all of these changes, it is expected that hundreds of thousands of borrowers will now be eligible for home loans. The Urban Institute says that as many as 1.2 million additional mortgages would be written every year if loan availability were to go back up to what are regarded as normal levels. There is strong optimism that the new rules can speed up the economic recovery and improve the finances of millions of individuals.

If you have wanted to buy a home but strict rules were keeping you out of the game, now could be the time to start preparing. Take a look at your credit health and fix up any minor blemishes. The attention to these details can mean not just getting a loan but ensuring that you get the best possible rate available. Talk to us today about the steps necessary to improve your credit and qualify for the newly available loans that can get you into a home of your own.