Everyone makes mistakes, but when mistakes are committed pertaining to financial decisions, the consequences have a tendency to be more far reaching. For instance, things like foreclosure, bankruptcy and old debt can stay on your credit report and impact your credit score for many years before it is

essentially erased from your record. While it’s possible to enact credit repair strategies while you wait for the clock to expire on these negatives, your score likely won’t see the boost that you’re looking for until time expires on the debt. It’s important for consumers to be aware of the statute of limitations pertaining to debt in their particular state – but it’s also just as important for consumers to be aware of a variety of no-no’s that could potentially

How Not to Reset the Clock on Old Debt

1. Watch the Clock: There are two “clocks” you need to be aware of – the statute of limitations clock and the credit report clock. The former varies by state, is usually anywhere from three to six years and basically sets a timeframe for how long collections may be forced on a debt. The credit report clock dictates how long old debt can stay on your record, which is seven years.

2. Know the Default Date: Seven years after you’ve defaulted on a debt, it must come off your credit report. Be sure you know this date and build good credit, as your score will likely progress the closer you get to the seven year mark. Judgments are the exception, as they can stay on your report up to seven years from the filing date.

3. Be Careful with Collectors: A debt collector’s job is to get you to settle or make payments on a debt. Some try to accomplish this by any means necessary. Be careful what you say if you choose to speak with them, as just an admittance that the debt is yours can essentially tick the clock back to the start.

4. Tell Collectors to Stop: If you’re being pestered by debt collectors, it’s your right to tell them to stop. This can be an ideal way to avoid a possible slip up – just be sure not to admit the debt is yours when you contact them.

5. Be Wary of Payment Options: Many collectors will offer the option of paying off a debt for a lesser amount than what you actually owe. Be wary of paying off debt and always be sure you have confirmation that it was paid in full if you proceed with such an option.

6. Hire a Lawyer: If you ever believe you’re in the wrong, seek legal representation. 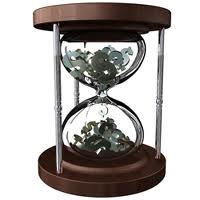 Modern statutes regarding debt collection come from ancient Roman laws, including the Twelve Tables. The laws started to ease disputes regarding oral debt contracts that were tying up the court system and delaying proceedings regarding criminal matters. This system worked well for the Roman perception of property ownership and debt creation.

English interpretation of Roman laws changed the definition of ownership to rely less on possession and more on contractual exchange between individuals. As a result, written contracts became the preferred way to handle business between two or more parties. The value placed on each type of contract varies from state to state, resulting in differing laws for each modern jurisdiction.

Without a time limit on old debt retrieval actions, creditors pass their clients’ accounts from collection agency to collection agency without an end in sight. All of those agencies file collection requests with the court, which often jams up the system, especially in busy jurisdictions.

Each state developed their own code system with a certain number of years for oral and written contracts. With the exception of open accounts, the time limit starts counting down the moment the debtor defaults on the account. The debt timer countdown restarts each time debtors make a payment on the account, however.

Most debt limits range from three to seven years, with several states on the extreme side of the spectrum. For example, Kentucky enables creditors to pursue written contracts for fifteen years. On the other side, oral contracts in California must be resolved within two years or the debt is forgiven at the end of that time span.

States have the right to revisit the assigned statute of limitations on debt any time. Landmark court cases, in particular, have the power to influence state-level change of the debt laws. Unless the laws infringe on citizen rights, however, lawmakers do not usually challenge the code as it is written.

Statute of Limitations for Each State (in number of years)

** Georgia Court of Appeals came out with a decision on January 24, 2008 in Hill v. American Express that in Georgia the statute of limitations on a credit card is six years after the amount becomes due and payable.

*** An Illinois appeals court ruled on May 20, 2009, that the statute of limitations on a credit card debt without a written contract was 5 years.

While the debt sits within the given time limit, debtors have the responsibility to pay it as instructed. The payment schedule is either spelled out in the written contract or hashed out verbally between the debtor and creditor representative. Defaulting on the account can result in collection actions, including a court judgment and issue of wage garnishment actions.

Once the debt passes the given limitation time, debtors do not have the obligation to pay the debt. Making a payment on the account will reset the time limit to the date the payment was received, however. Creditors may attempt to intimidate or threaten debtors in an effort to receive payment and reset the clock. As a result, it is important to refuse to make a payment and ignore collection calls and letters after the original time limit passes.

If debtors can afford to do so, it is smart to pay off past debts to maintain a good credit score. However, if that is not possible, it is important to retain documents that list the last payment received by their creditors to keep track of the age of each account in default. If creditors or collection agencies claim a different date than the one held in the records, it is important for debtors to file a dispute to obtain proof of money owed on the account and date of last payment. A dispute will keep creditors from moving forward with collection actions, including filing a report with the national credit tracking agencies.

Creditors cannot file a claim with the court after the account reaches the end of the statute of limitations for that jurisdiction. As a result, debtors are not required to make any further payments and the debt will drop off the credit report. Creditors can write off the forgiven debt on their taxes that year. Depending on the account type, debtors may still owe taxes on the forgiven amount. Credit scores will not immediately jump back up after the debt drops off. Instead, debtors will need to work on paying bills on time to increase the score enough to qualify for future accounts. Alternatively, debtors can open a secured credit card to bring their score back up to a functional level.