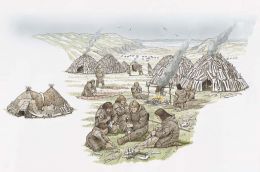 Ever pondered the history of real estate and home ownership? Over the course of human history, there have been a lot of changes in our ideas about the places where we lay our heads. A few of the highlights of real estate history:

When you buy a home, you become part of a rich movement with a long history. Begin the work to repair your credit to regain access to this part of your American birthright.