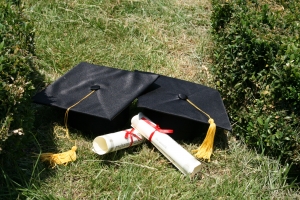 Falling Behind on Your Student Loans – Employment Troubles?

Three out of every 10 Americans require professional licenses to do their jobs. And, a high number of those people also completed expensive schooling and went into debt for those careers. But, if they fall far enough behind on their loans, they can wind up with repercussions that make it impossible to work in their chosen fields. The Student Debt Trap

In at least 22 states, borrowers who go into default on their student loans

can lose their professional licenses. People whose jobs require licenses include physicians, attorneys, nurses and teachers. Some states go even further. In Tennessee, Okalhoma, Georgia, Hawaii, Iowa, Louisiana, Massachusetts, Montana, New Jersey and North Dakota, K-12 teachers cannot begin working until they have begun repaying their student loans. Even some individuals who do not work in licensed fields can be affected. In three states, your drivers license will be suspended if your student loans fall into default. In areas with poor public transportation, it makes getting to work legally almost impossible. Many people have little choice but to drive with a suspended license, risking fines, increased insurance costs and even jail. The laws have earned criticism from student debt advocates. Often, student loan payments can total $500 or more per month. By limiting people’s ability to work in the fields that they trained for, state governments make it even more unlikely that they will be able to pay back their student loans. The law has negatively affected many graduates. Almost 70% of people are falling Behind on Your Student Loans. Who go to college will take out a student loan, with average student debt at $33,000. Nearly 14% of borrowers defaulted in 2014. Borrowers in Tennessee, which is one of the states that suspends professional licenses, owed a combined $20 million in student debt. The state has sent over 2,600 suspension notices to workers in the state. Protecting Yourself

Once a professional license is suspended, it can be difficult to get it back. While student loans can go through rehabilitation, many states require a long series of good faith payments before a license will be returned. The best current option is to do all that is possible to avoid going into default. If you are unable to make your full payments on your loan: Contact your lender as soon as possible.

Seek out alternate arrangements. Forebearance can be an option if you feel your financial problems will be short-lived. Otherwise, look into refinancing or alternate payment methods.

If your lender will not work with you, contact the Student Loan Ombudsman. It is required that your lender accept reasonable payments, and the ombudsman can negotiate on your behalf.

Problems with student loans do not have to endanger your financial future. By knowing the law and your rights, you can protect yourself from crippling debt and build a strong foundation to take advantage of future opportunities.