Data collected about us rules our lives. Our driving records, search engine history, online purchases and credit history are bought and sold every day. And, decisions about where we live and where we work are often made based on the information in our credit reports. But, a new report from 60 Minutes indicates that the information about our credit can have significant problems. According to their research, 40 million Americans have errors on their credit reports.

What Kinds of Errors Show Up on Reports?

When errors like these show up, they can mean paying a higher percentage rate on your mortgage, auto loan or credit card, being denied a loan or failing to get a job that you are qualified for. If these serious errors exist in your report, the lost opportunities can cost you tens of thousands of dollars over a period of years.

What Happens When You File a Dispute?

When you find an error in your credit report, the current remedy is to file a dispute. And, every year, eight million people file disputes about their credit reports. Usually, you have to do this by either mailing a letter, calling a toll free number or visiting the credit reporting agency’s account. The websites are geared more toward selling products and are not always efficient for disputing reports. When you make a call, you are often connected to a person on another continent who does not have the authority to make the needed changes on your account.

If you dispute an error by mail, your request will often go to an office in India, Chile or the Philippines. Investigative reporters with 60 Minutes interviewed dispute agents who had worked for Experian. The agents said that the processed around 90 disputes per day and that they had few options for investigating disputes. They did not have the power to contact the people involved via email or phone. They could only study the documentation that they had and give it a two digit code for complaints such as “not mine” or “never late.” Those were then sent with a brief summary back to the department store, bank or other creditor who originated the information. In general, these disputes were settled in favor of the creditor.

A number of legal credit experts say that they find these practices lack transparency and may not be in compliance with federal law.

Saving Your Credit from Errors

The first step you can take is checking your credit report regularly. You are entitled to a free report from each of the three major reporting agencies once every 12 months. You should also request your report immediately if you are denied credit. Often, resolving the error can be difficult on your own. If you are having problems, contact us to learn more about how we can put our expertise to work updating and correcting your report to get you the credit you have due. 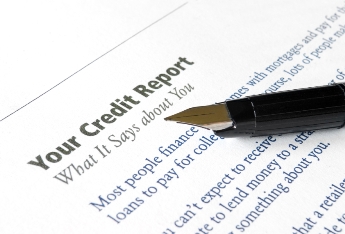 Home Insurance Costs – How Credit Will Impact them.

You already know how important a good fico score is to getting approved for loans and securing the best interest rates available for them. But you probably didn’t realize the impact it has on your home insurance premiums.

Yes, contrary to what you may have heard elsewhere, your credit score has a direct effect on how much you pay for homeowner’s insurance. For instance, according to PropertyCasualty360:

Now there are a lot of factors that also determine an insurance premium (i.e. age of the home, proximity to water, crime rates, etc.), but it’s not unreasonable to think that someone with excellent credit could save hundreds of dollars per year compared to someone with poor credit when it comes to home insurance. Say for example that a homeowner with excellent credit pays $1,000 a year for home insurance. That same homeowner with poor credit may pay $1,910 per year – a whooping $910 more just because of their credit score.

So if your credit score is lacking, you’re likely paying out the nose on your home insurance as well, making debt management and working to repair credit all the more important. Here are some credit tips on how to increase your score – and thereby save:

As you can see, a good credit score is very important for much more than just qualifying for loans at low interest rates. For additional information feel free to contact our office at 617-265-7900, or schedule a free consultation below.