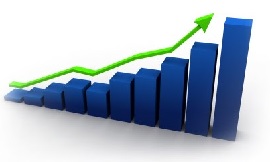 As of August 2014, the ever popular FICO score co. announced that it had undergone a change in the formula that calculates the score. The change specifically no longer penalizes consumers who have a payment history detailing collection of medical debt. The score is dubbed “FICO Score 9” and, at least on the surface, looks to improve the credit scores of millions of consumers.

Now, consumers with outstanding medical debt will be more likely to get approved for car loans, credit cards and other types of new credit. In fact, the new formula is expected to raise scores by an average of 25 points for those who qualify – and even an increase of as little as 25 points can make a big difference.
But there’s one very notable thing about this new formula to take note of…
Consider the fact that the two mortgage financing juggernauts, Fannie Mae and Freddie Mac, won’t be using the new FICO Score 9 to evaluate loan applicants – a fact that greatly impacts the qualifications of potential homeowners when it comes to credit score.

What Can You Do?

So what can you do if you have outstanding medical debt and would like to – but currently don’t – qualify for a mortgage loan? Call it unfair, based on the new formula in FICO Score 9, but the only way is to repair credit via debt management and other strategies to get your score into a position that qualifies for such a loan.

Credit repair can be difficult – especially if there are medical debts involved – potentially putting a great hamper on consumer finances. But until Fannie Mae and Freddie Mac start using the latest formula, it’s the only way to improve your score to qualify for a mortgage loan.

So follow the standard credit tips (i.e. on-time payments, keeping debt within 30 percent of your total credit allotment and limiting irresponsible spending, among others) in the meantime. Sooner or later, either Fannie Mae or Freddie Mac will catch up to modern times or your score will be good enough on its own to qualify for low-interest loans.

For more information on how to repair your credit scores fill out the form below or call our office at 617-265-7900.